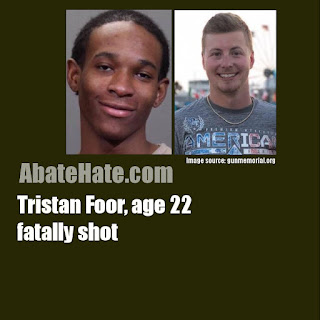 20-year-old Elias Malone was arrested after confessing to the crime, reports say.

Reports offered no motive for the January 27, 2021 incident.

Officers were called to the scene on Aspen Pine Boulevard just after 7:30 p.m. after a neighbor reported hearing "banging and violence" coming from a home.

According to court records. when officers arrived they found 22-year-old Tristan Foor shot multiple times at the bottom of a stairwell. He was pronounced dead at the scene.

Police said a short time later that 20-year-old Elias Malone walked up to an officer at the scene and said he had a gun in his picket.

Officers took Malone in for questioning and police said that during an interview with detectives, Malone admitted to killing Foor.

Malone is charged with murder.