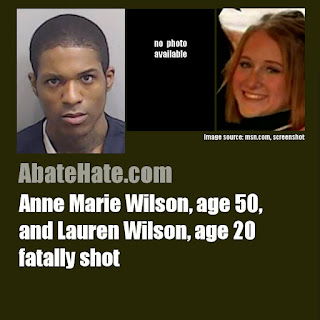 26-year-old Shamiek Johnson reportedly shot both women to death with a handgun before shooting himself. He survived in critical condition, reports say. Johnson and Lauren Wilson had a child together.

Two women are dead and another man is hospitalized after an attempted murder-suicide in Hall County.
...
The Hall County Sheriff’s Office said Shamiek Johnson, 26, shot and killed his girlfriend Lauren Wilson, 20, and her mother Anne Wilson, 50, before he shot himself.

A family member found the victims at their home and called 911. Johnson was taken to a nearby hospital and remains in critical condition.

Johnson and Lauren Wilson had a child together. The investigation remains open.