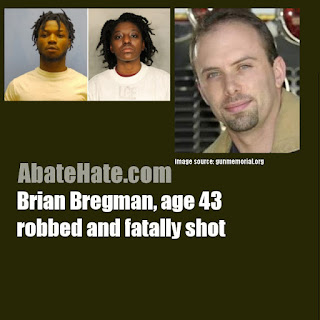 Arrested after the incident are Marie Nancy Hassan, 23, and Caleb Rinwi Gonga, 21.

Bregman "was an attorney, an investigator with the Maryland State Medical Examiner's Office, a volunteer with the Metropolitan Police Department for 16 years, and for over two decades volunteered for a multiple of Prince George's County Fire Departments," according to legacy.com.

Police officers got a call of a possible burglary in the 500 block of Main Street around 1 p.m. on February 3. When they got to the scene, the officers found 43-year-old Brian Bregman dead from multiple gunshot wounds, the Laurel Police Department said.

An investigation revealed Bregman invited Hassan to his home on the night of January 30. Police said Hassan conspired with Gonga and others to rob Bregman, adding they anticipate making more arrests.

The murder was not random, police said.