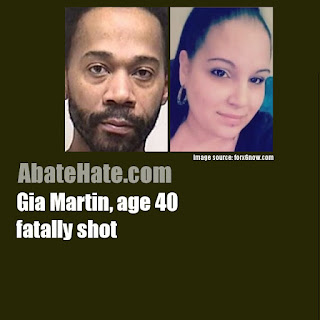 Roderick Smith, 39, was identified as a suspect in Martin's death.

Reports say Martin was reported missing in January, 2021. She was found deceased February 14, 2021.

Kenosha police said Martin, 40, was reported missing on Jan. 26. She was found dead on Valentine's Day, but police have not yet said where she was found.

Authorities on Feb. 23 publically identified Roderick Smith, 39, as the suspect in Martin's death; police referred charges for first-degree intentional homicide, hiding a corpse, felon in possession of a firearm and obstructing the investigation.

According to online records, Smith was booked into jail the same day Martin's body was found.