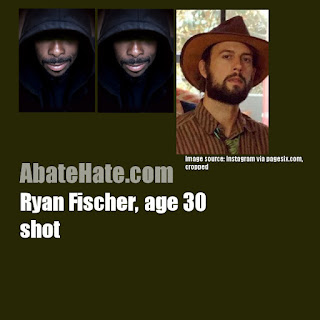 DailyKenn.com — Ryan Fischer, age 30, was shot in the chest in Los Angeles, California.

Fischer was walking three dogs owned by entertainer Lady Gaga when the incident occurred. Two of the dogs were snatched and the third ran off. It is not know if the alleged thieves knew the dogs belonged to a celebrity.

Fischer survived the attack and is expected to fully recover.

According to an LAPD press release "Two suspects exited the vehicle and demanded the victim turn over the dogs at gunpoint. The victim struggled with the suspects and was shot once by one of the suspects. The suspects took two of the three dogs and fled the scene in the suspect vehicle."

The first suspect is described as a male black, 20-25 years of age, blond dreadlocks, wearing a black hoodie, and armed with a semi-automatic handgun.

The second suspect is described as a male black, 20-25 years of age, wearing dark clothing. 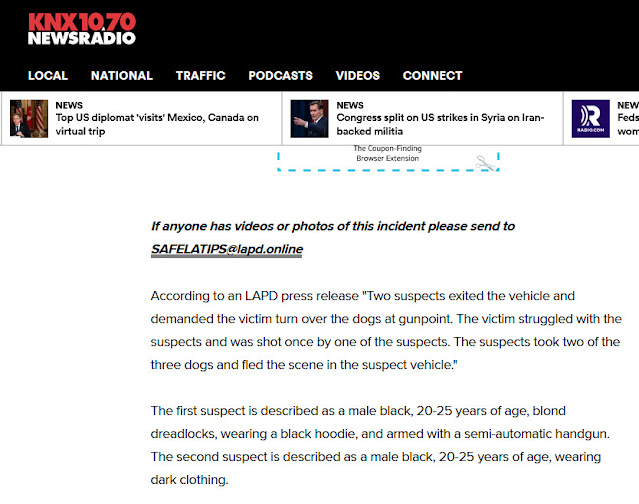 The Los Angeles Police Department has released a description of the two men who shot Lady Gaga’s dog walker and stole two of her beloved French bulldogs.

Both of the suspects are described as black males, between the ages of 20 and 25, who were seen in a white Nissan Altima with four doors, cops said in a Thursday night news release.

The suspect who shot the dog walker, Ryan Fischer, 30, was armed with a semi-automatic handgun, has blond dreadlocks and was wearing a black hoodie, police said.