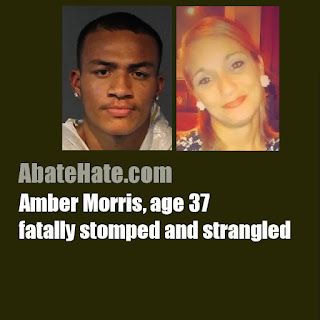 Convicted of the crime and sentenced to life without parole was 23-year-old Tevin Raeshaun Johnson. Johnson was sentenced in February, 2021 for the 2019 crime.

Reports indicate that Johnson befriended Morris then followed her to the victim's motel room. A witness reportedly claimed Johnson was not welcomed by his victim.

The male witness later told investigators that “it was made clear that Tevin was not welcome up to the room,” the case affidavit said.

Morris’ sister also described Johnson as flirtatious but in a “weird” way.
...
Investigators determined that Johnson went up to Morris' room alone where he killed her, prosecutors said. She died of blunt force trauma to the head.

An autopsy revealed she was strangled and stomped on, causing bleeding in her brain.

Police also found Johnson's shoes, which he removed in an elevator before fleeing the crime scene. Forensic testing found that the shoes contained Morris' DNA.

Johnson was arrested shortly after.

[Man sentenced to life without parole for 'vicious and brutal' murder of woman at Circus Circus, by Kristin Oh, rgj.com, February 10, 2021]