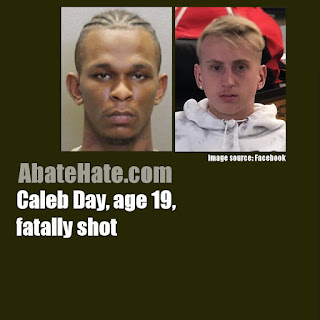 Tejuan Files, 20, has been charged with murder.

Reports say Files shot Day while the two were sitting together in a residence. The shooting was originally reported as accidental but police believe evidence points to homicide.

Tejuan Files, 20, has been charged with murder in the shooting death of 19-year-old Caleb Day.

The shooting happened just before 3:30 p.m. Saturday at 3428 Bolton Avenue.

The shooting was reported as an accidental shooting and when officers arrived, they found Day suffering from a gunshot wound. He was pronounced dead a short time later.

Witnesses who were in the house when the shooting took place said Day was handling a firearm when it fired, but police said evidence contradicted their statements.