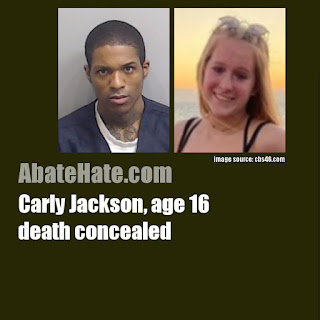 Shawn Mark Anthony Saleem, 25, "was actively wanted for a felony charge of concealing the death of another, as well as a misdemeanor charge for allegedly contributing to the delinquency of minors." reports say. Saleem turned himself in to authorities.

One of Saleem's warrants says he allegedly concealed Jackson's death and "knowingly and intentionally did move the body of Carly Jackson." He also allegedly instructed a minor to lie about where the death happened, according to the warrant.

The second warrant alleges that Saleem "did knowingly and willfully encourage and aid a minor in committing a delinquent act... by providing illegal drugs."

The warrant states that police were called to Craftsman Street just after 8:30 a.m. to respond to a call about a person who was unconscious. Jackson was found dead lying on the floor in a bedroom of an apartment.

Last week, the Fulton Medical Examiner's Office told 11Alive the cause of death was undetermined and it may be several weeks before the toxicology and other tests are back.