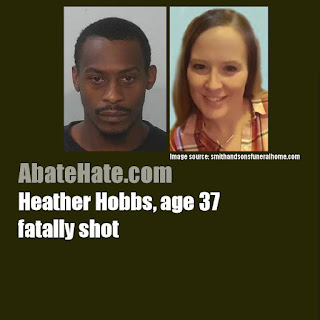 The suspect, Tykwan L. Walker, 21, is wanted for murder.

Reports say police found the victim dead in an apartment with a gunshot to head.

Fort Wayne Police have asked for the public’s help to find a man wanted in the Valentine’s Day killing of a woman at a south-side apartment.

Tykwan L. Walker, 21, is wanted for Murder in the Feb. 14 shooting death of Heather Porter Hobbs at an apartment...

... police and medics were called to the apartment on a report of an unconscious person inside of an apartment.

Officers arrived and found Hobbs. She was pronounced dead at the scene.

An autopsy determined she died of a gunshot wound to the head.