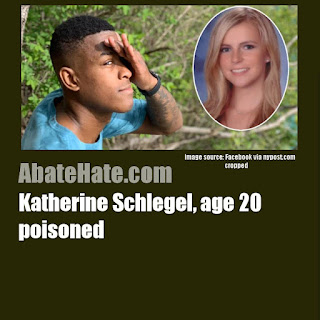 The "former US Army soldier was sentenced to 15 months in federal prison on Thursday for supplying a fatal dose of the party drug Molly to a young woman at the Electric Zoo music festival in 2018," according to nypost.com.

Slaughter, who in 2018 was stationed at Fort Drum in upstate New York, traveled to the city the weekend of the festival with another soldier, who arranged to buy 57 molly tablets to use with Schlegel and her friend at the gig.

Schlegel — a college student from New Cannan, Conn., who was not a regular drug user — overdosed and died two days later at a New York City hospital.

Her mother, Elena Schlegel, said at the sentencing hearing she remains devastated by her daughter’s premature death.