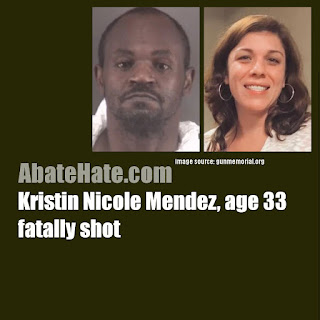 Reports say Mendez was found fatally shot in her home's yard where Snuggs was apprehended.

A man was charged with murder after his girlfriend was found dead on Saturday night in the side yard of their home in Winston-Salem, according to a Winston-Salem Police Department news release.

At 9:16 p.m., officers with the WSPD responded to the 300 block of Peden Street when they were told about a gunshot.

Officers canvassed the area and found a Kristin Nicole Mendez, 33, of Winston-Salem, unresponsive in the side yard of a home on Peden Street suffering from an apparent gunshot wound.

Willie Junior Snuggs, Mendez’s boyfriend, was in the home. He has been charged with murder,

[Winston-Salem man charged with murder after girlfriend found dead in side yard of their home, by Dolan Reynolds, myfox8.com, May 10 2021]