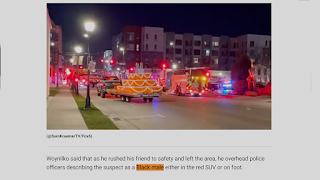 Reports say the red SUV ran over barricades and into a crowd attending a Christmas parade in Waukesha, WI. Reports say five were killed and as many as 40 were injured.
The small town's demographics are 89.9 percent white and 3.4 percent black with a few Asians and non-White Hispanics. 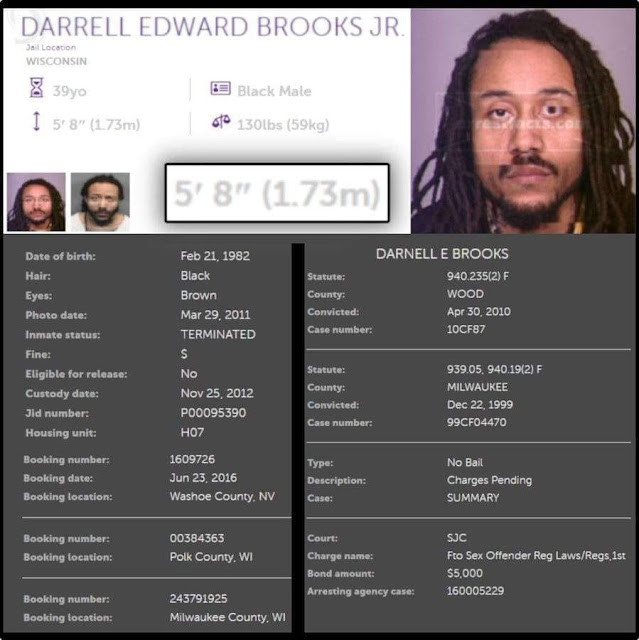 The media stopped short of calling the incident a hate crime or suggesting it was racially motivated. The media did not associate Brooks with BLM or antifa. He was not referred to as a black supremacist or black nationalist.
Waukesha is a suburb of Milwaukee and is located about 30 miles from Kenosha.
[source]
Brooks has open felony cases in Wisconsin's court system, but reportedly released on $1,000 bail.
He "has open charges filed November 5, 2021, in Milwaukee courts for resisting an officer (misdemeanor), felony bail jumping, second degree recklessly endangering safety (felony) with domestic abuse assessments, disorderly conduct and battery (both misdemeanors, also with domestic abuse assessments.)
"He posted $1,000 cash bail on November 19, 2021," according to heavy.com.