585 people of color killed by hate groups in November 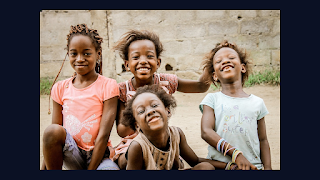 585 people of color killed by Islamic hate groups in November, 2021. Another 285 were injured.
The most deadly attacks appear to have targeted Black people.
32 blacks were massacred in Central African Republic on Nov. 28 when terrorists group attacked two villages, Kaita and Bayengou. Among the dead were two soldiers. The others were civilians. [source]
25 blacks were killed in Niger during an Islamic hate group raid on a village there. That attack occurred Nov. 16.
27 black were killed within three days in Burkina Faso as Islamic hate groups targeted the nation's police (gendarmes). One civilian died. [source]
More recently, over 100 blacks were killed in Niger and Mali. Some of the dead were the attackers, themselves. [source]
on 7:51 AM